While I was studying I would dream about the workshop that I would open one day…I always imagined I would have a studio dog or even a cat that would keep me company as I worked. Instead last year I acquired an unexpected ‘pet’…

This little guy would sit on the window frame outside my studio and as time passed he got so used to me that he wouldn’t even move as I walked by…in fact he got so friendly that he would stick his head through my window at least once a day as if to say, “Hi!”.
In December, his perch- a.k.a the window frame- was secured a few steps over to the other side of the passage way so now he no longer sits directly at my window but I still see him from my bench. This year…not only does he have a freshly painted perch…but he has also found himself a lady friend! 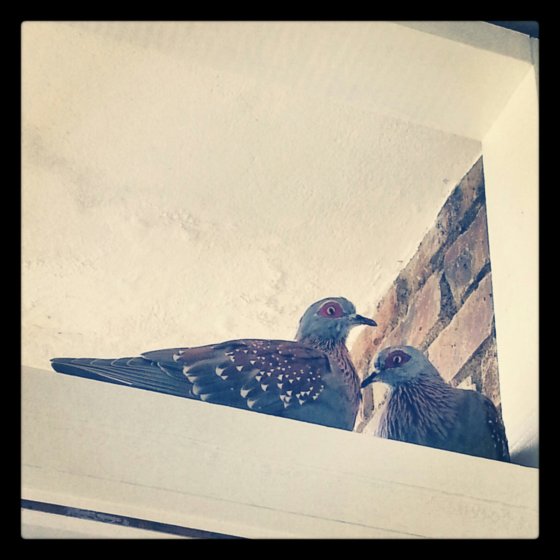 The two of them now spend countless hours cooing, cuddling and grooming each other.